Indonesian Badminton Community in the Netherlands.

MBI was founded in the summer of 2008 by the Indonesian badminton community in the Netherlands.
It was started by a monthly badminton session known as “Mabar” (Main bareng, literally means “play together”) which eventually turned into a weekly badminton session located at the sports hall Mariahoeve, The Hague.

In 2011 MBI collaborated with the in the Embassy of the Republic of Indonesia in The Hague. Ever since, the organization is being co-managed by MBI and the Indonesian Embassy in The Hague.

MBI members are quite diverse from various ages and nationalities; MBI had members from Indonesia, Malaysia, Netherlands, Belgium, China, Hong Kong, Thailand, and others.

As an independent organization MBI is registered in Chamber of Commerce, KvK (Kamer van Koophandel )

The logo of MBI Nederland was inspired by MBI Jakarta Indonesia which was earlier founded in the year 2005. Afterward, the logo was redesigned by MBI Nederland founders in 2011. 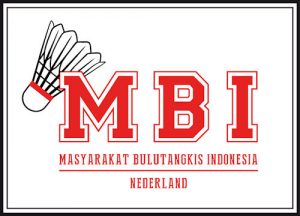 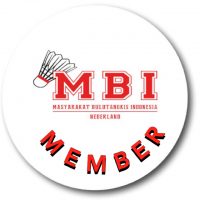 This website uses cookies to improve your experience. We'll assume you're ok with this, but you can opt-out if you wish.Accept Read More
Scroll Up